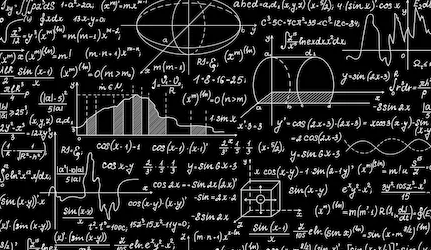 This felt like a fitting way to show the disenchantment of science. Then again, perhaps those of you who are super into math would disagree with me!

Posted as part of the course “Myth and Modernity” taught in Spring 2020. The student who posted it has asked to remain anonymous.

Recently, I was reading The Happiness Hypothesis, by Jonathan Haidt, and a quote from it caught my attention. Haidt writes:

“In the late sixteenth century, European scientists began to look down on wonder; they began to see it as the mark of a childish mind, whereas the mature scientist went about coolly cataloging the laws of the world…[here he cites Abraham Maslow in saying the following] science has helped to de-sacralize the world, that is is devoted to documenting only what is, rather than what is good or what is beautiful” (206).

This struck me, because I thought that it both intersected with and added a different perspective to the discussions we had in class about modernity. As we talked about, modernity is partly characterized by a diversion from religion and towards “reason”, and I assumed that with this came a focus on science, which, while providing concrete information about the world, perhaps also disenchanted it.

However, reading this quote allowed me to consider the relationship between modernity and science in a new light. Perhaps it was not the rise and increasing focus on science that brought about modernity, but rather the rise in modernity that brought about the disenchantment of science. As we became increasingly focused on reason, scientific exploration became less about discovering the wonders of the world, and more about employing that faculty of reason to gain more understanding about how the world works.

Thinking about this, I wonder whether there can be reconciliation with science and the enchantment of the world. While it’s true that science involves pursuing facts, that pursuit can be conducted with a sense of awe at what is being learned, a reverence for the natural world that could almost, in a way, be religious. The term “cold, hard facts” is often used, but perhaps that idea is too narrow: facts will be facts whether they are discovered by a straight and narrow path, or by an enchanted path.

An Interpretation of a Dream